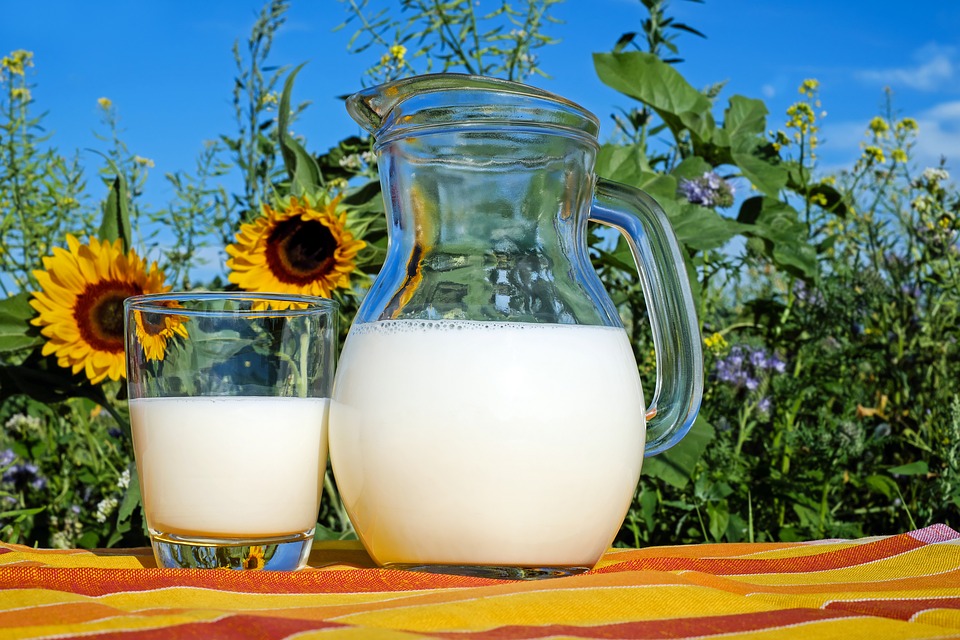 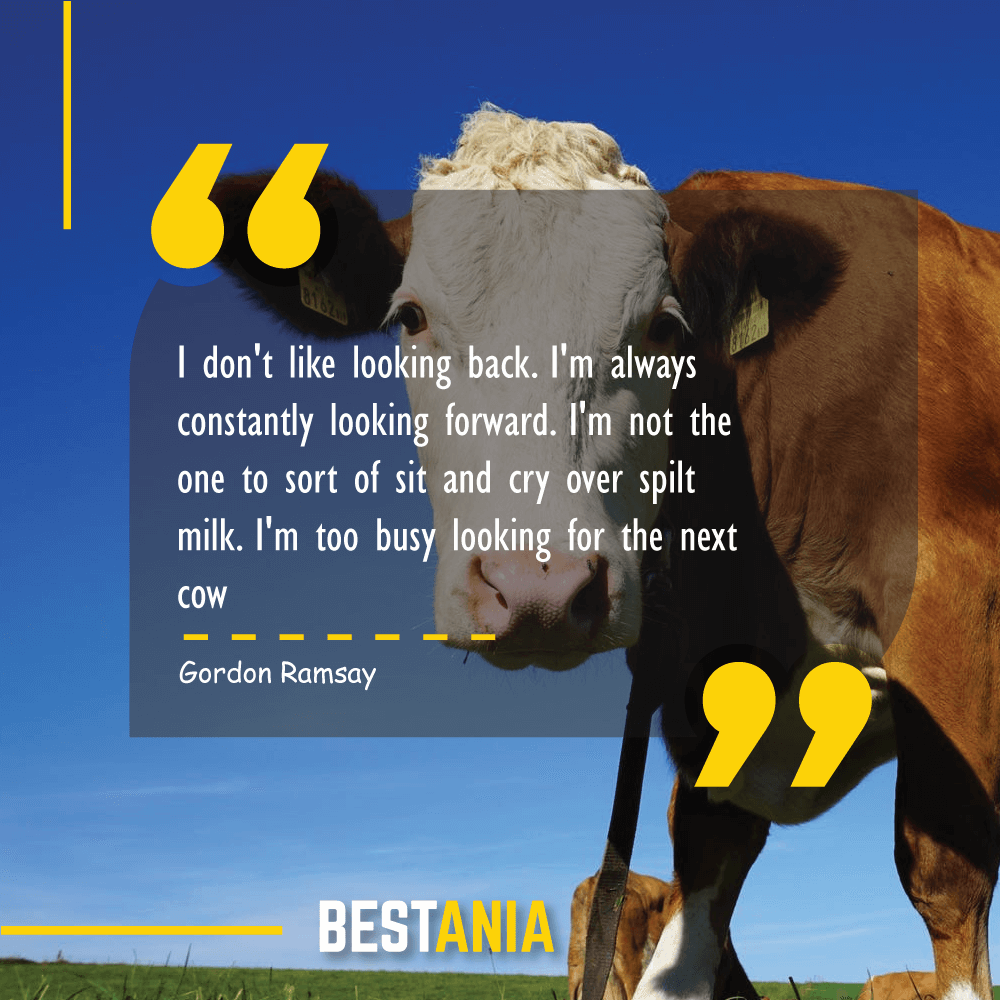 “I don’t like looking back. I’m always constantly looking forward. I’m not the one to sort of sit and cry over spilt milk. I’m too busy looking for the next cow.” 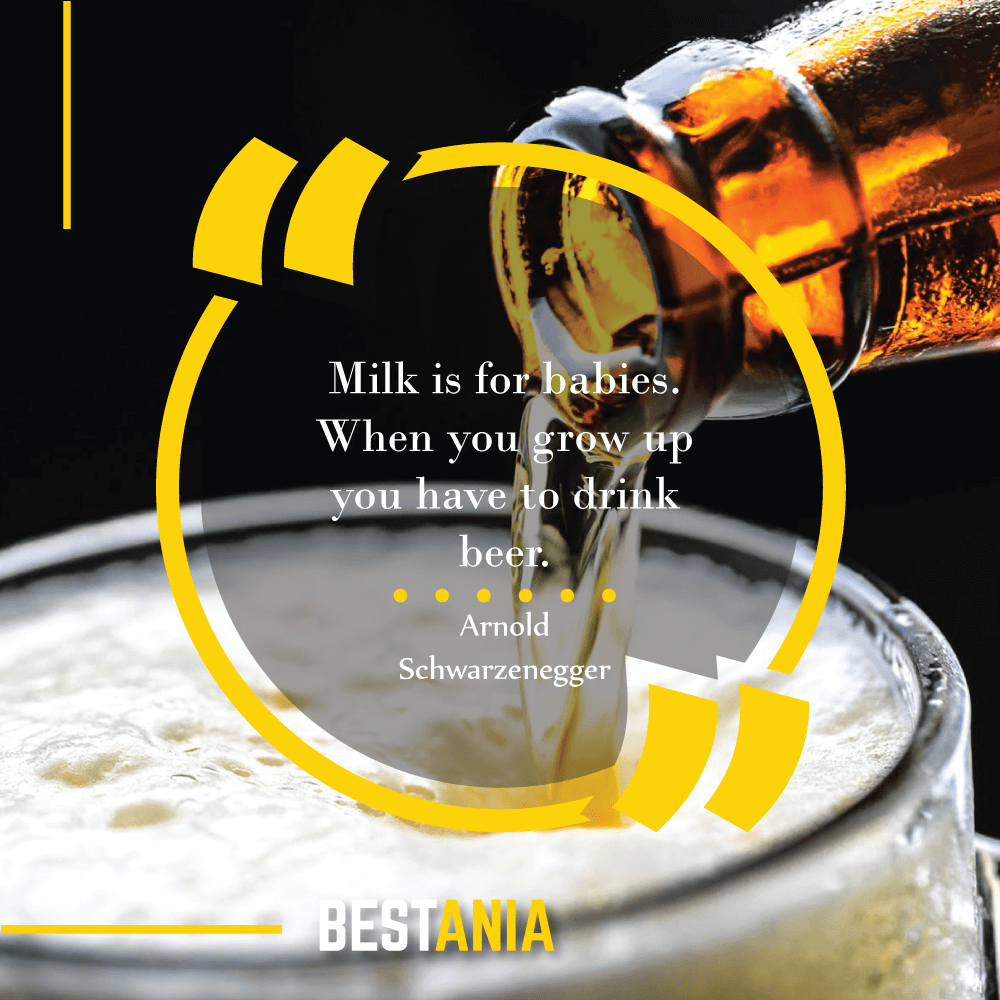 “Milk is for babies. When you grow up you have to drink beer.” 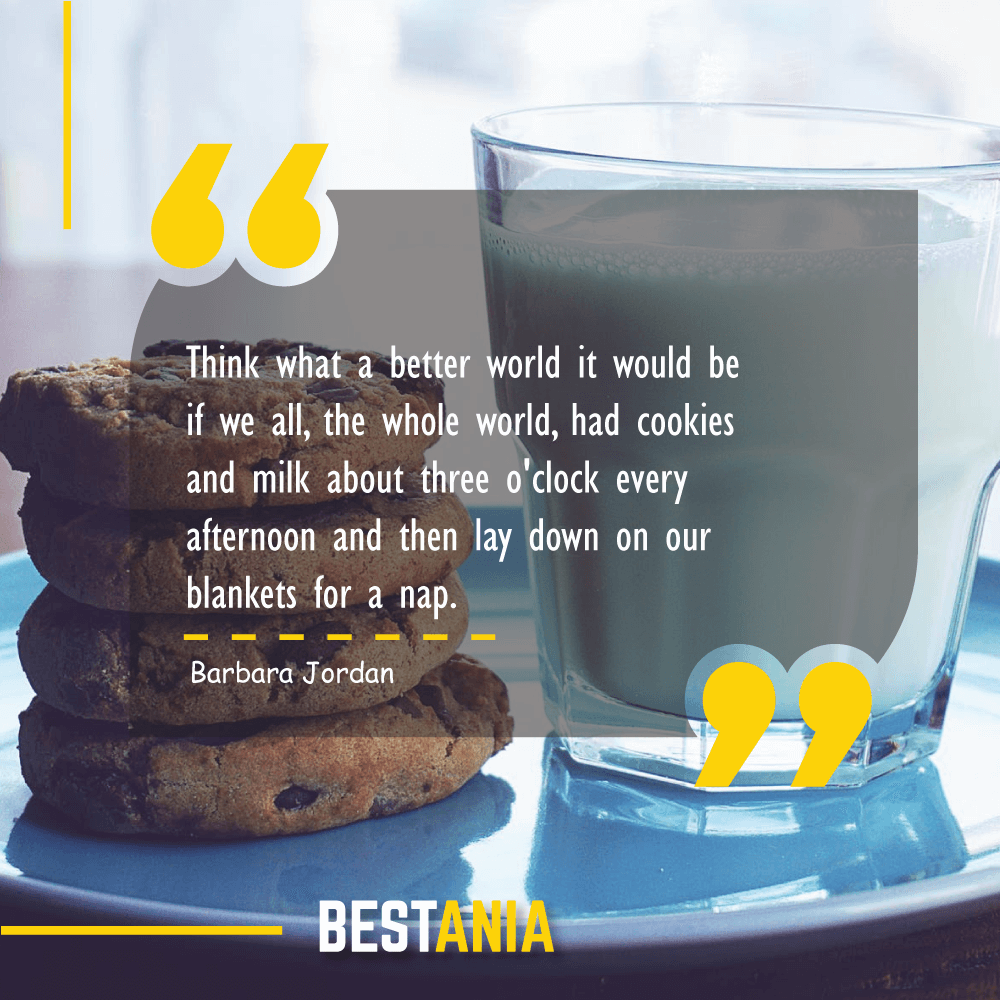 “Think what a better world it would be if we all, the whole world, had cookies and milk about three o’clock every afternoon and then lay down on our blankets for a nap.”

“Canada is like an old cow. The West feeds it. Ontario and Quebec milk it. And you can well imagine what it’s doing in the Maritimes.” 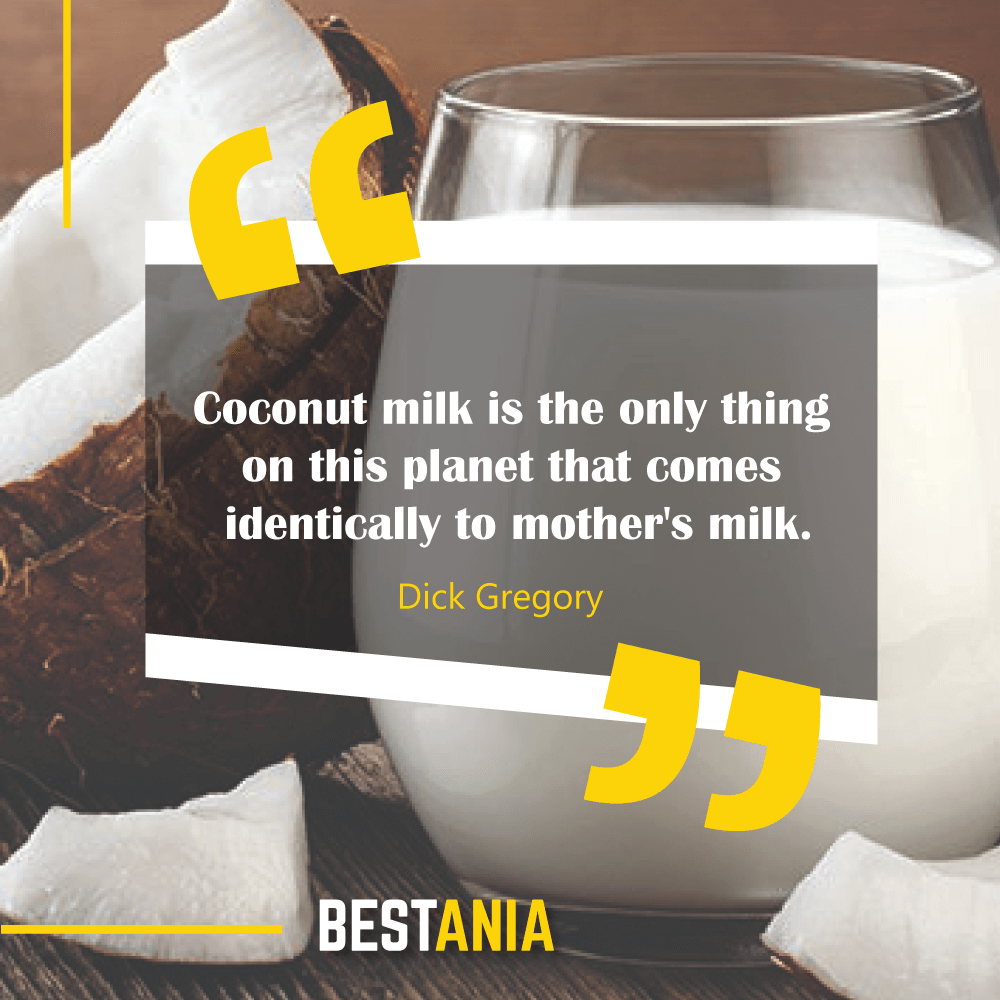 “Coconut milk is the only thing on this planet that comes identically to mother’s milk.” 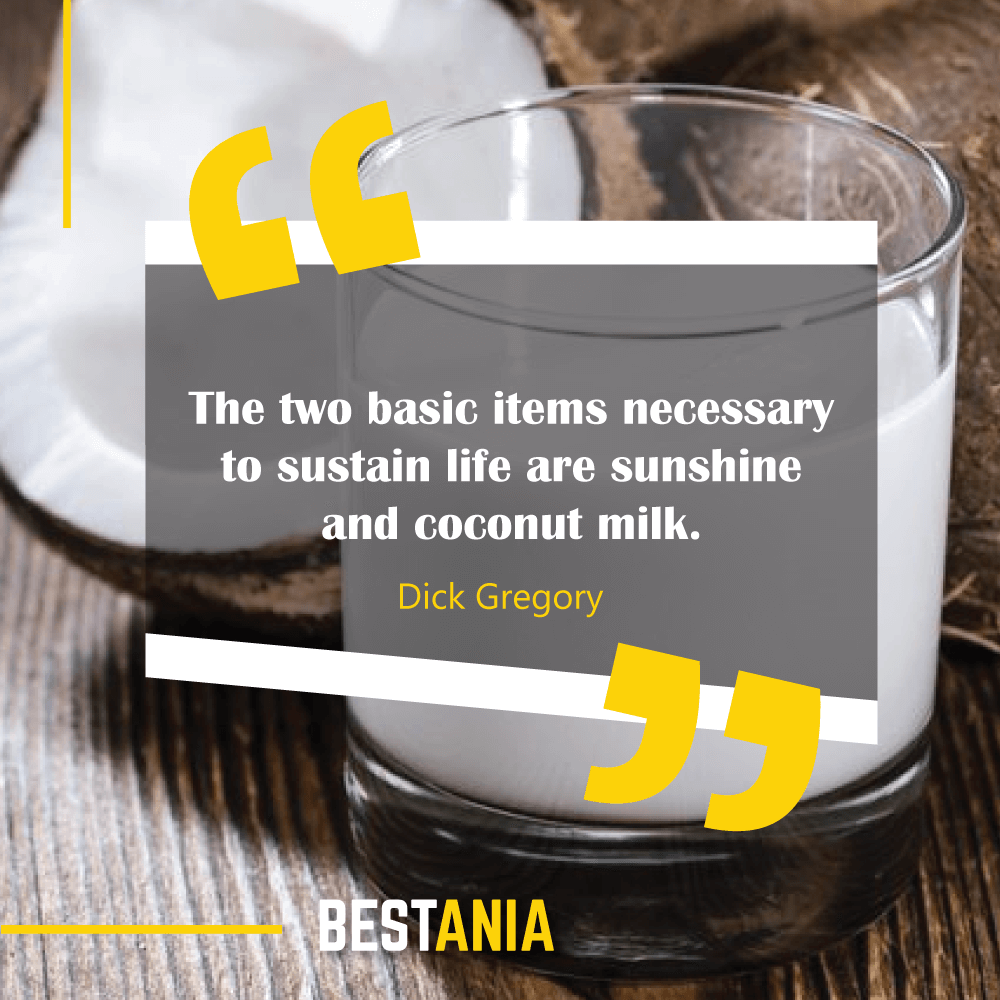 “The two basic items necessary to sustain life are sunshine and coconut milk.” 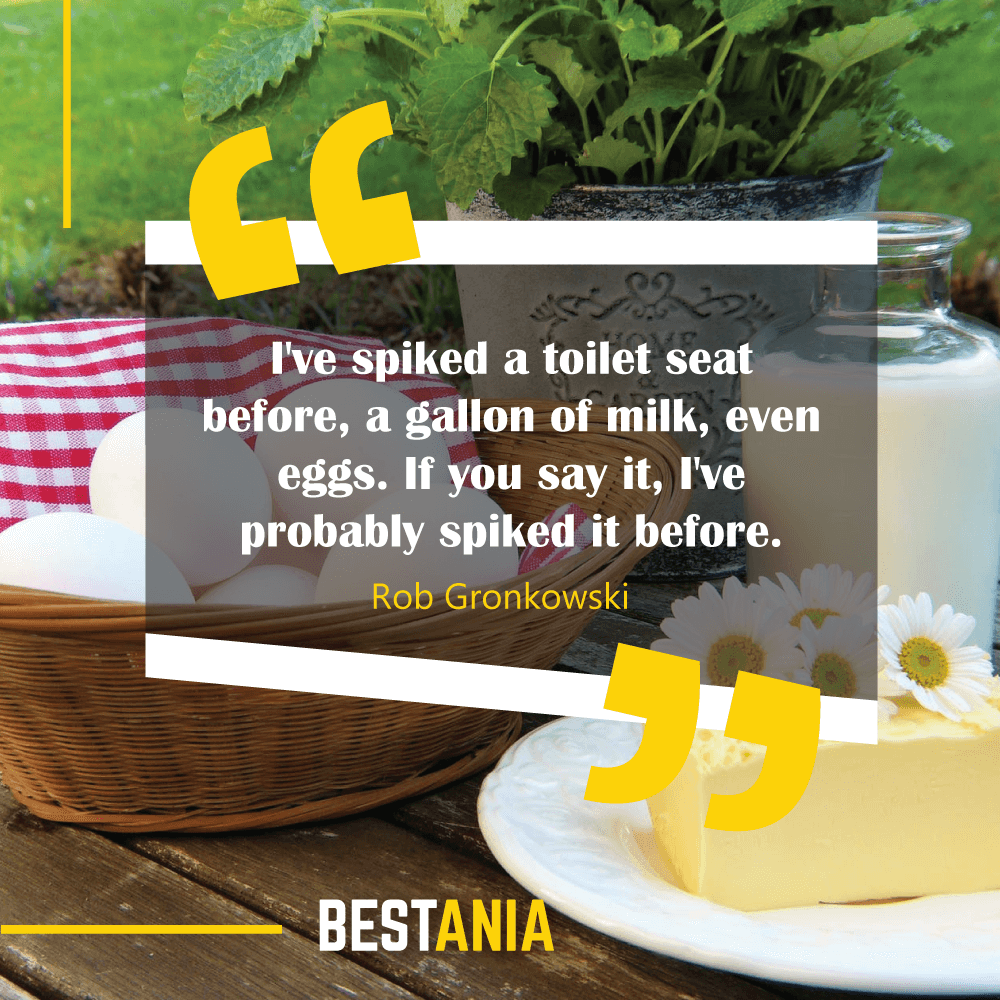 “I’ve spiked a toilet seat before, a gallon of milk, even eggs. If you say it, I’ve probably spiked it before.” 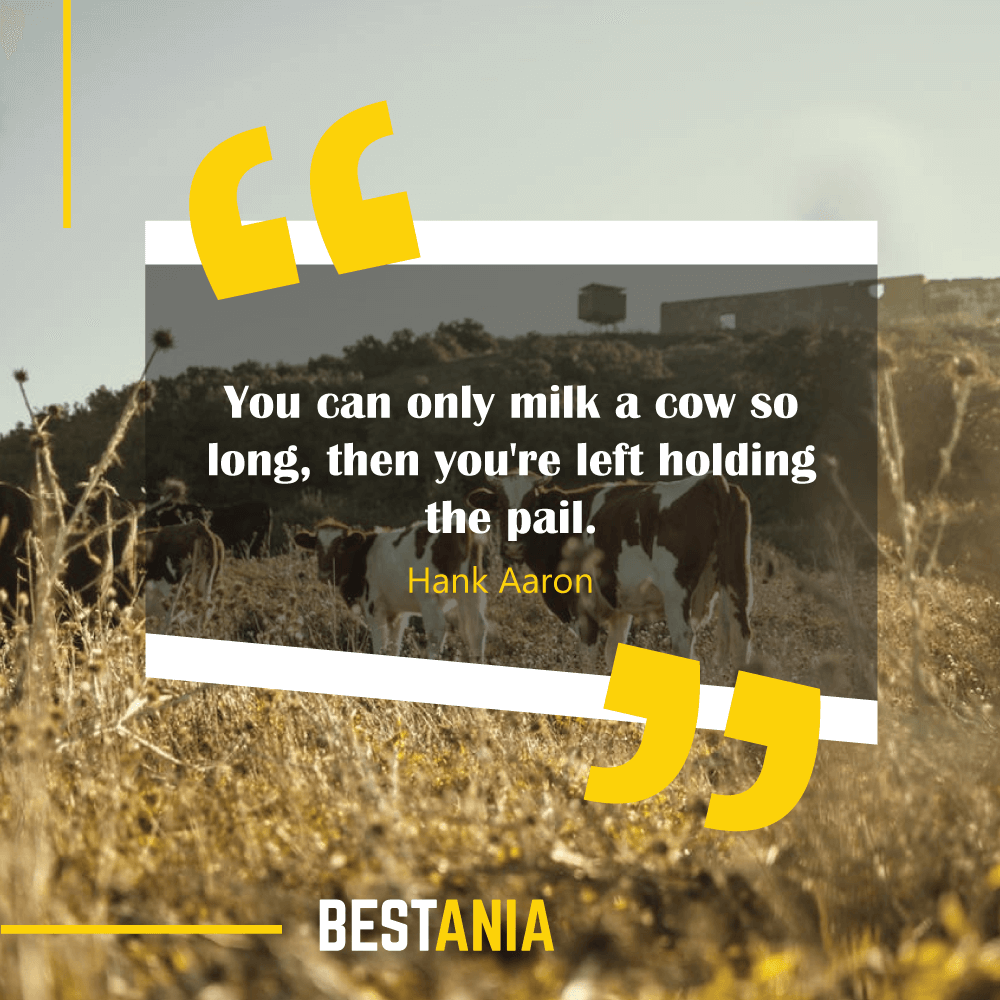 “You can only milk a cow so long, then you’re left holding the pail.” 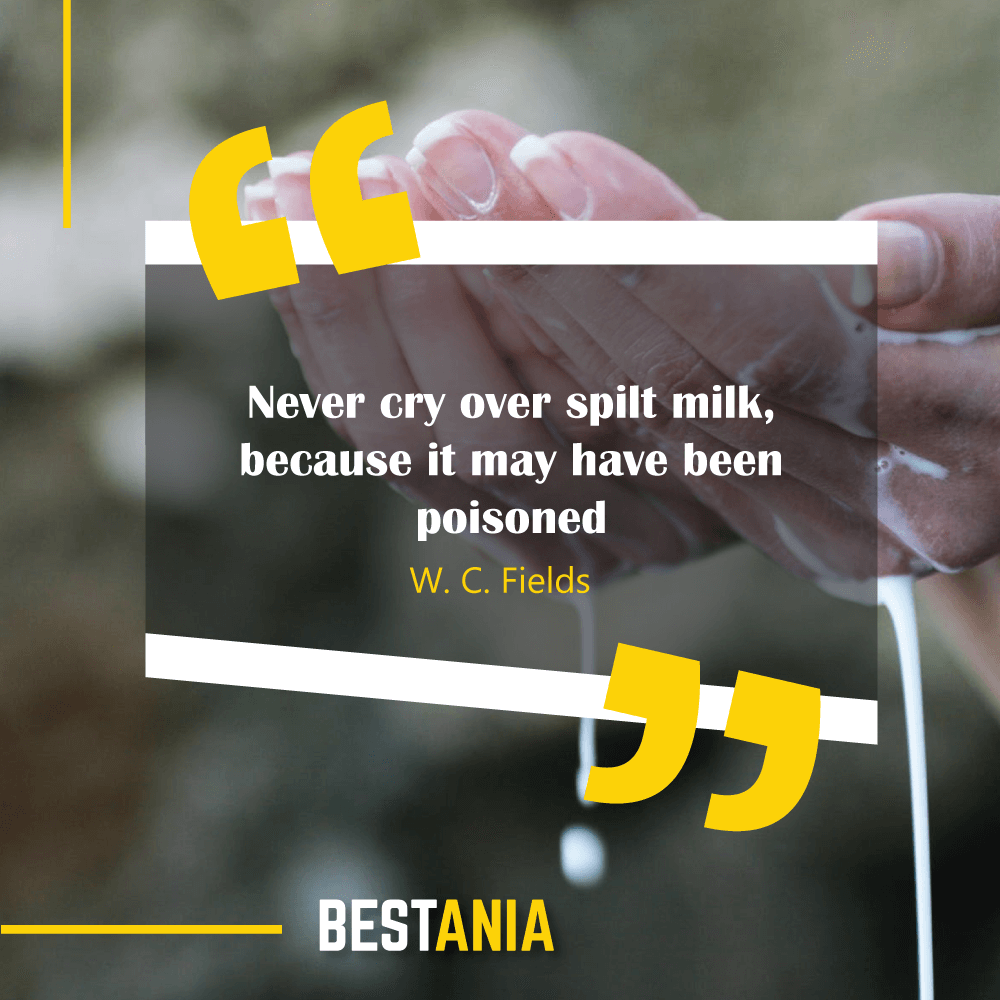 “Never cry over spilt milk, because it may have been poisoned.” 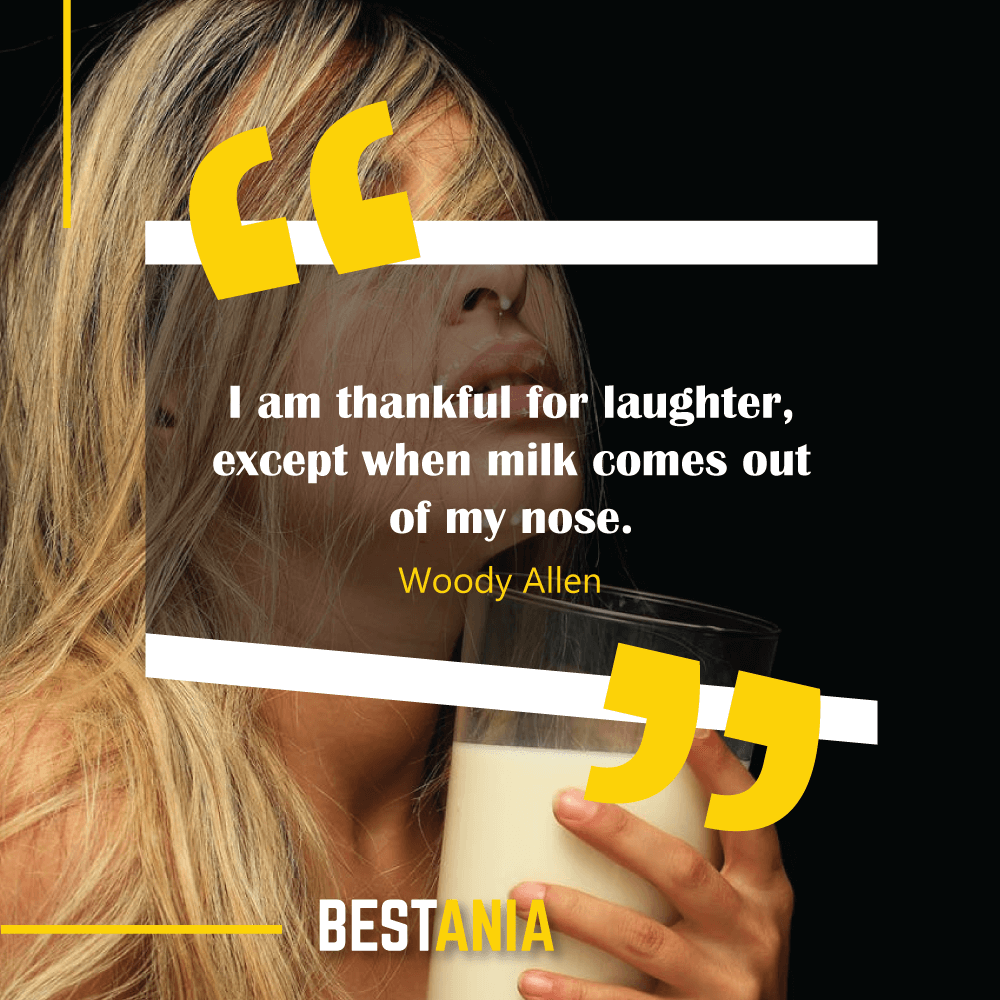 “I am thankful for laughter, except when milk comes out of my nose.” 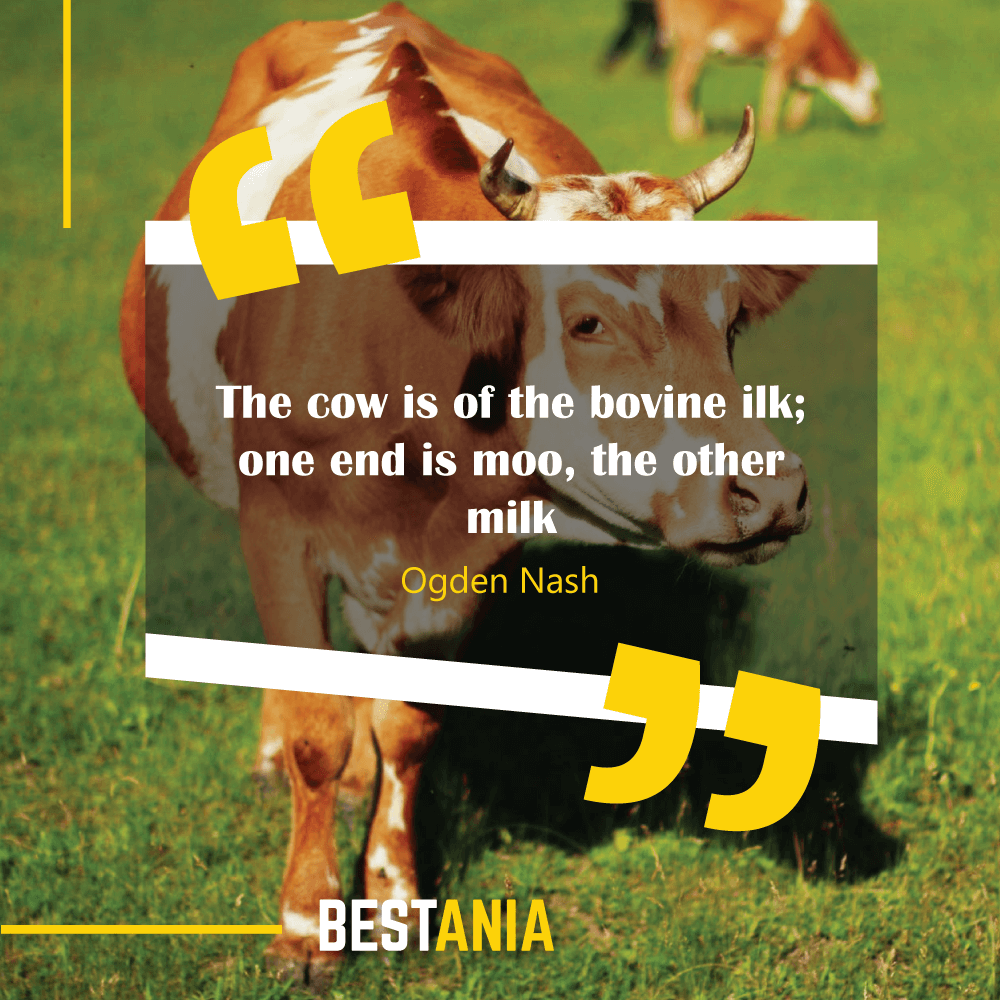 “The cow is of the bovine ilk; one end is moo, the other milk.” 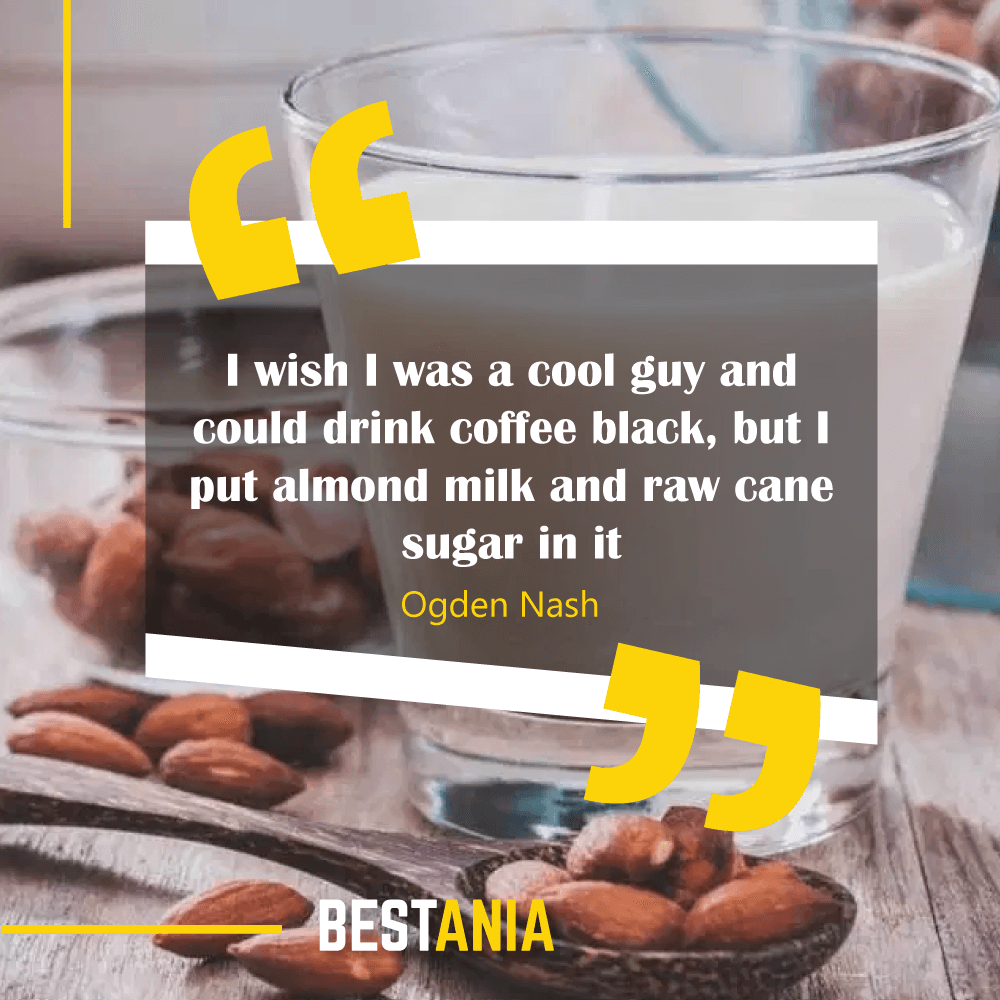 “I wish I was a cool guy and could drink coffee black, but I put almond milk and raw cane sugar in it.” 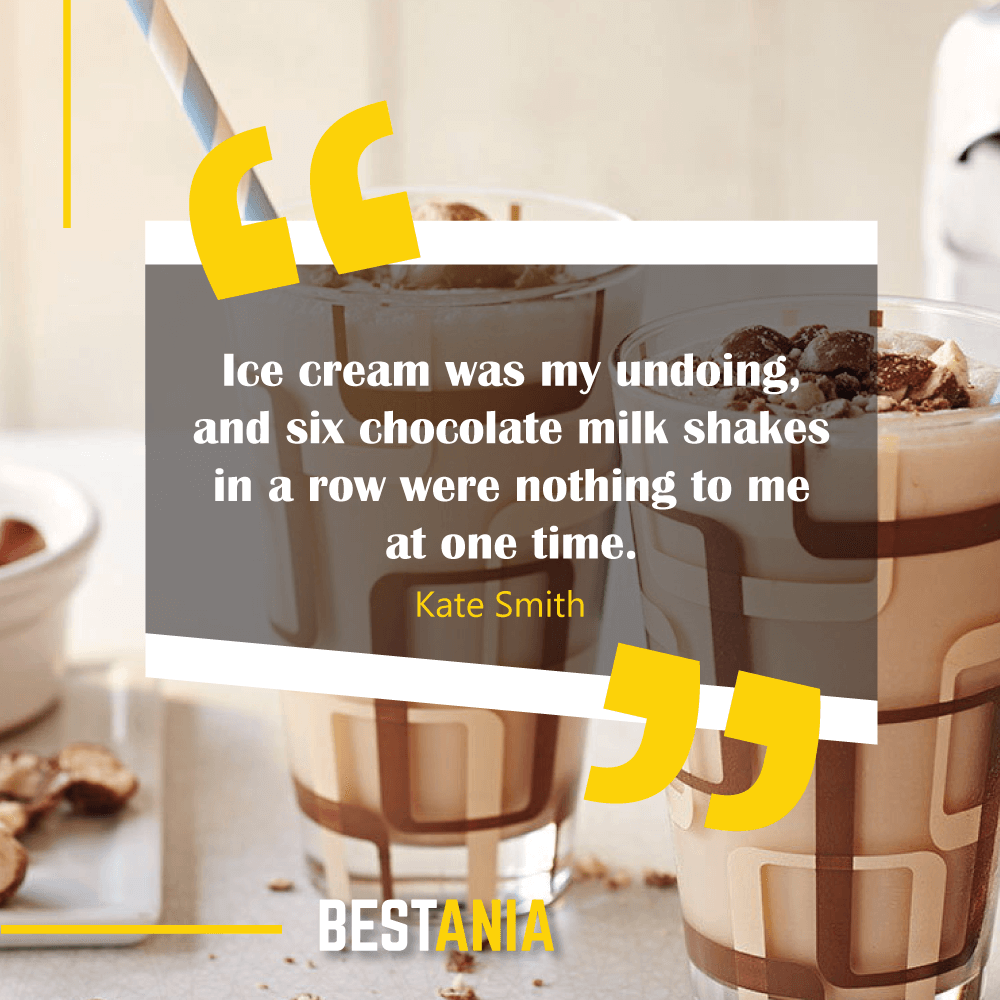 “Ice cream was my undoing, and six chocolate milk shakes in a row were nothing to me at one time.” 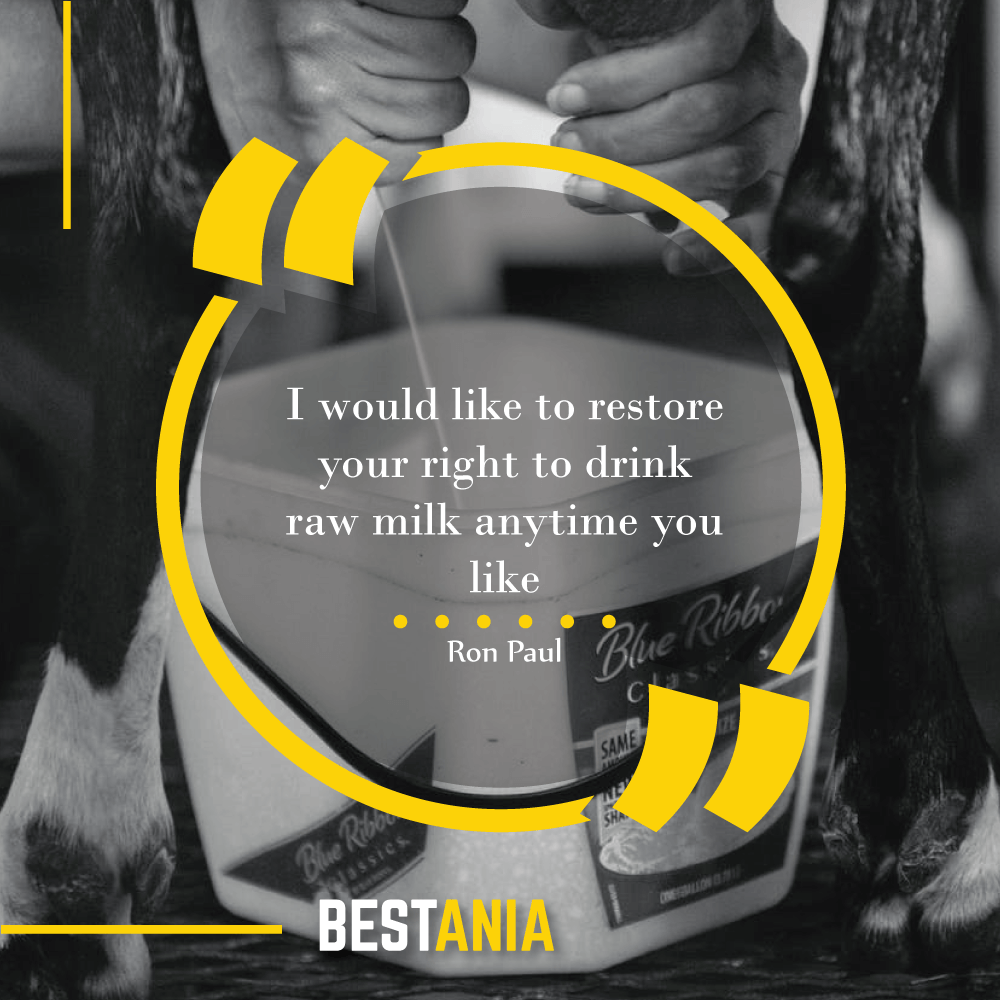 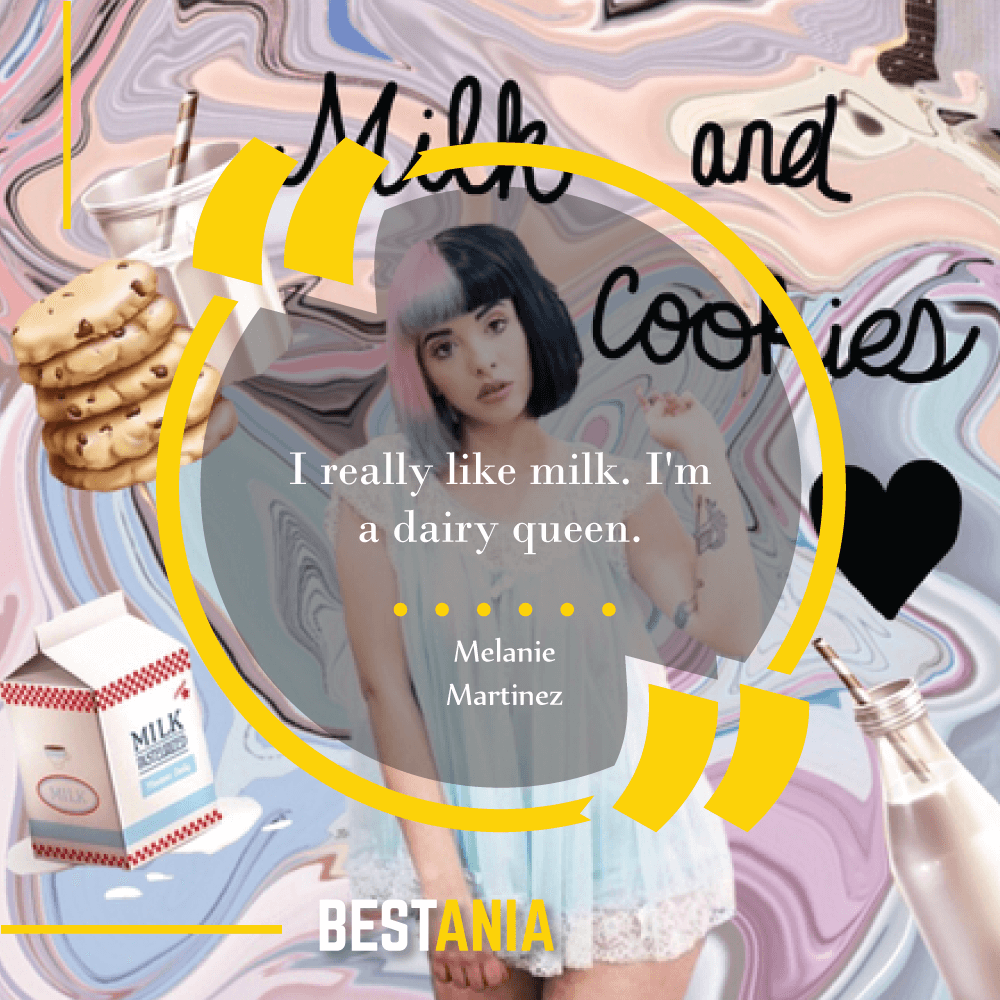 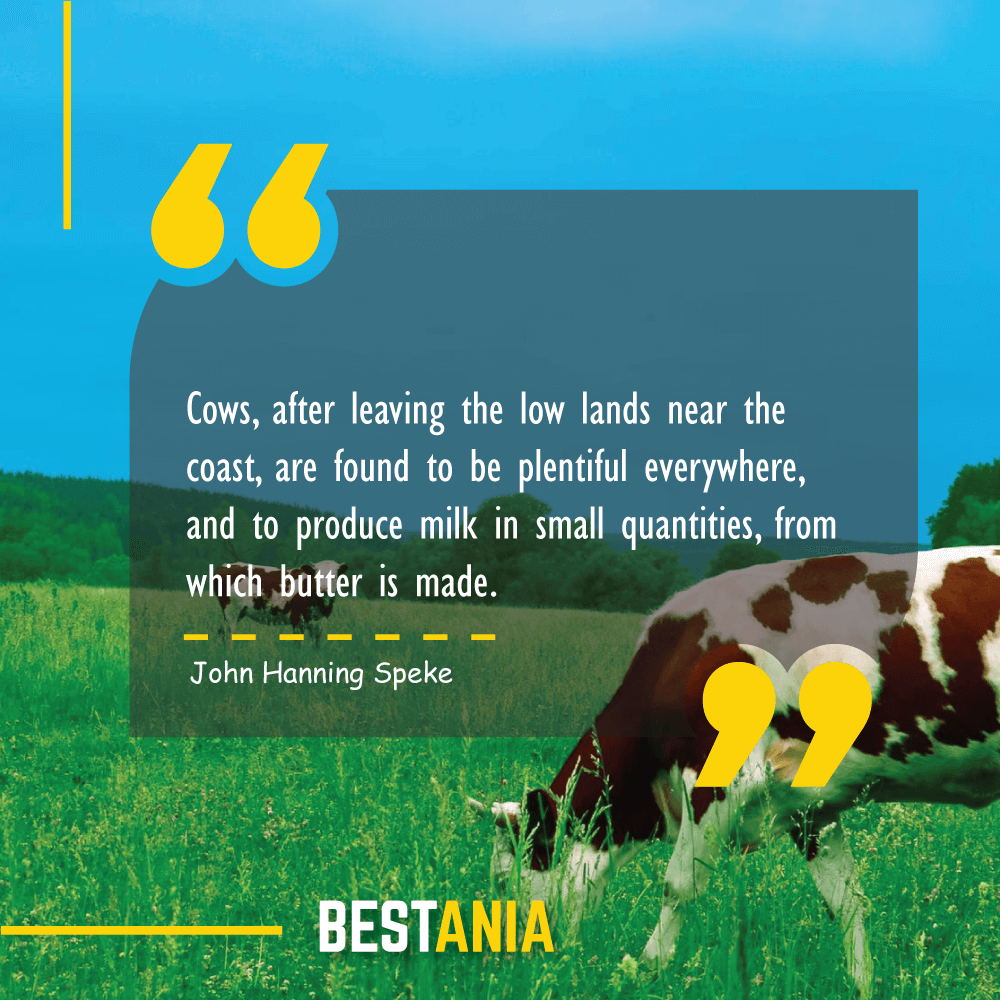 “Cows, after leaving the low lands near the coast, are found to be plentiful everywhere, and to produce milk in small quantities, from which butter is made.” 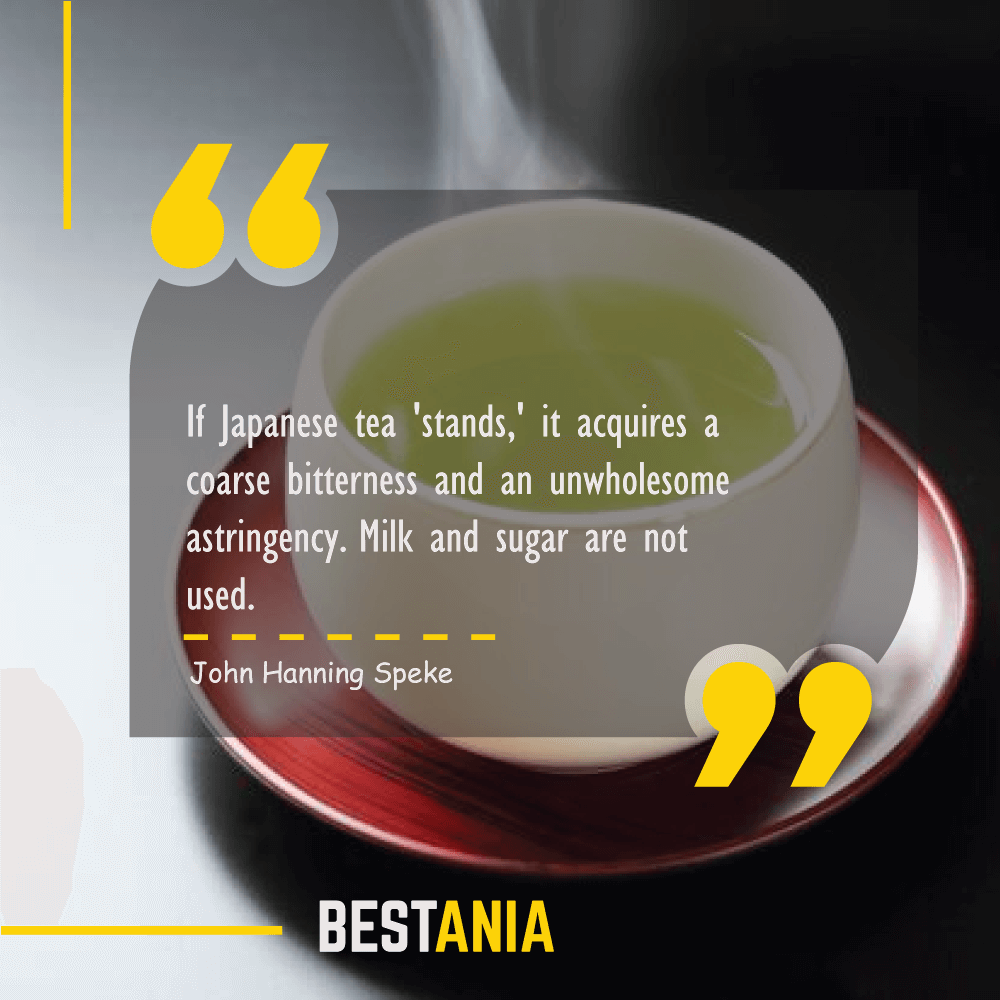 “If Japanese tea ‘stands,’ it acquires a coarse bitterness and an unwholesome astringency. Milk and sugar are not used.” 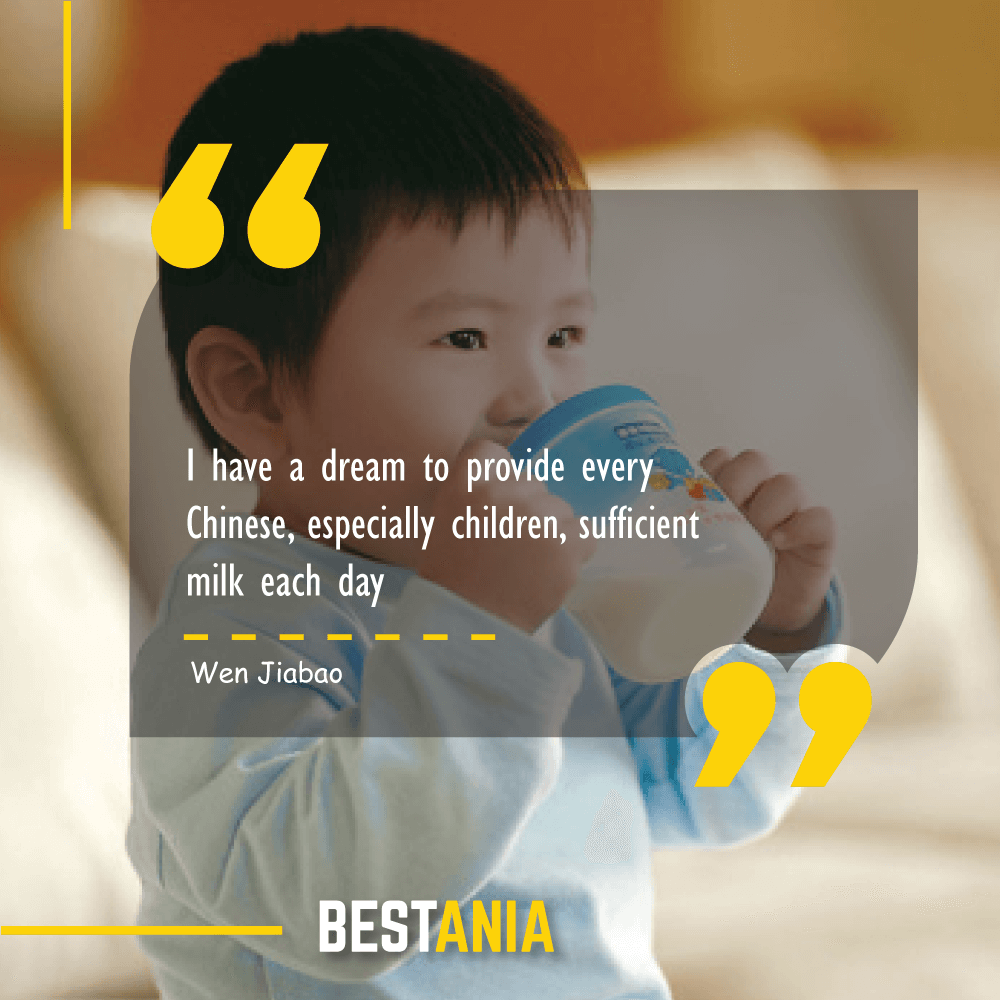 “I have a dream to provide every Chinese, especially children, sufficient milk each day.” 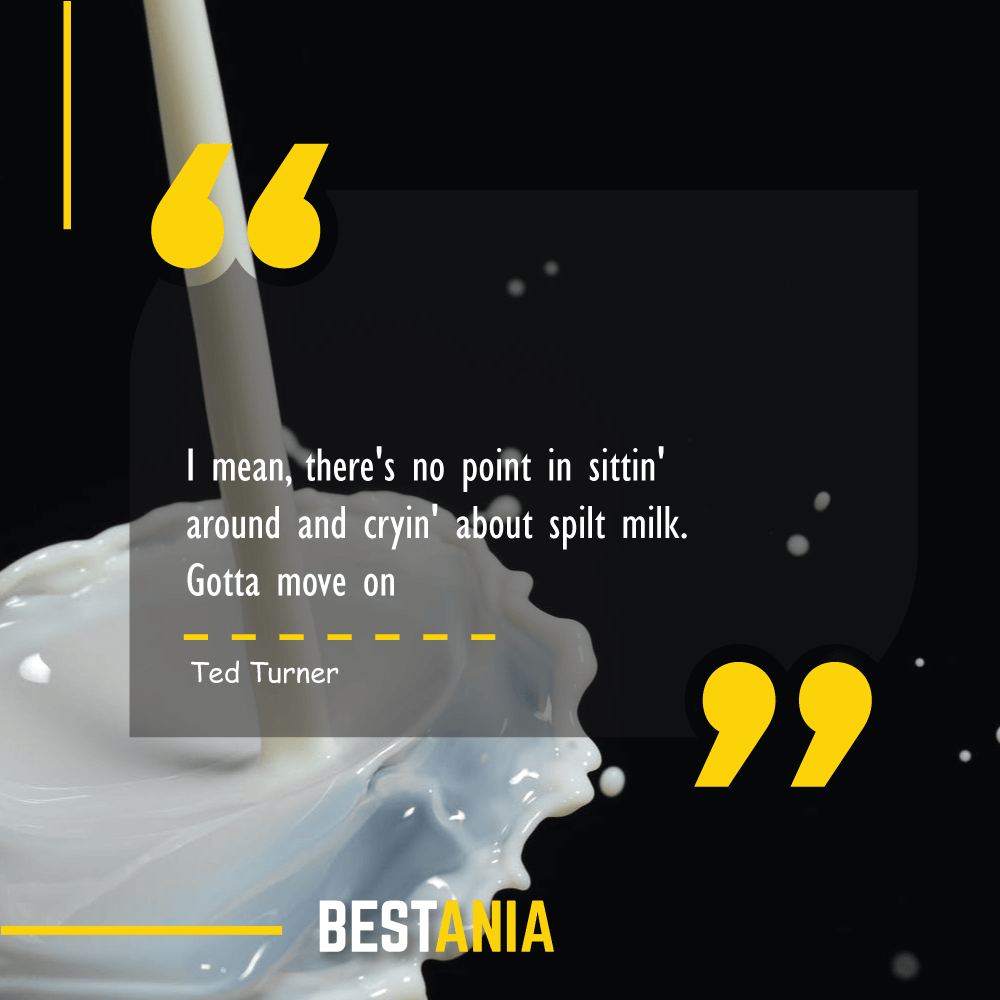 “I mean, there’s no point in sittin’ around and cryin’ about spilt milk. Gotta move on.” 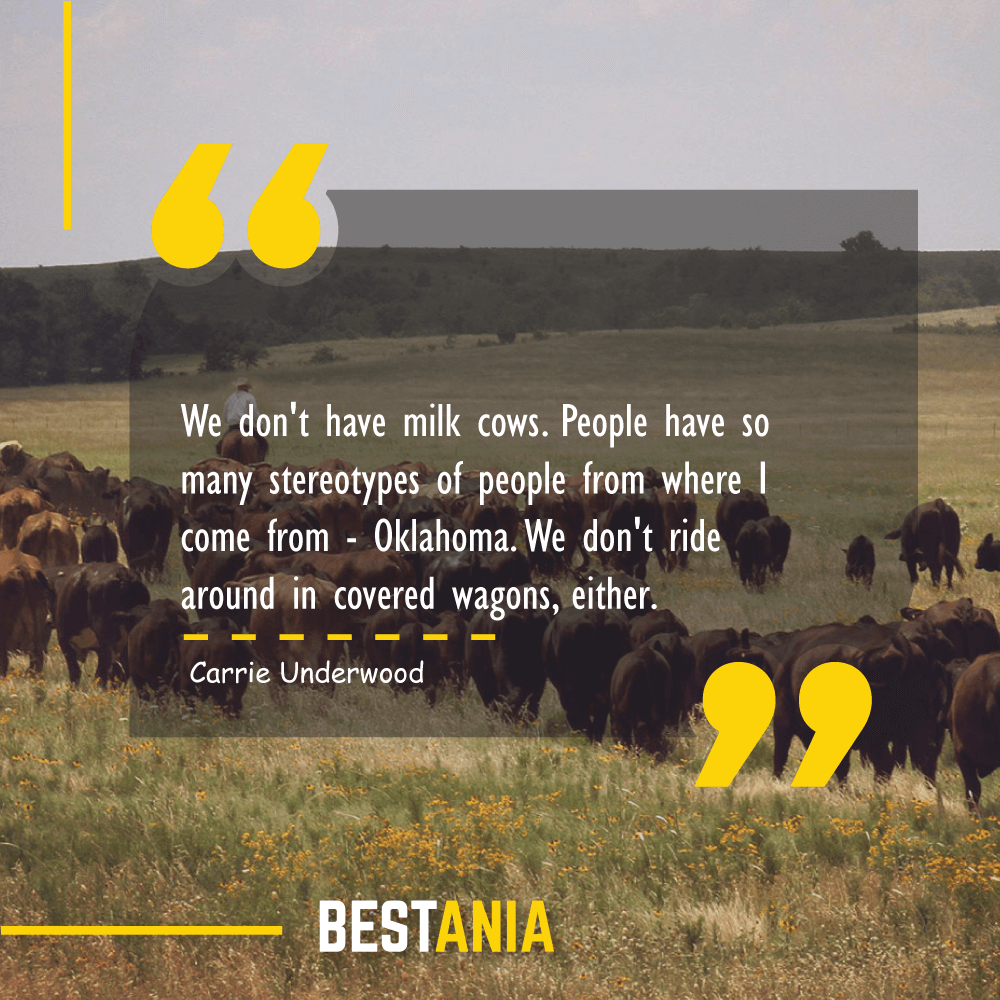 “We don’t have milk cows. People have so many stereotypes of people from where I come from – Oklahoma. We don’t ride around in covered wagons, either.” 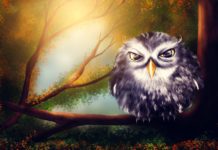 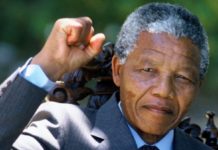 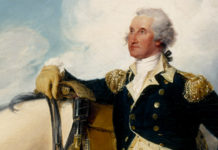 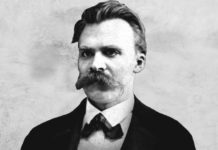