Did you know that irritable bowel syndrome (IBS) is such a common problem but which manifests itself differently? The common thing about IBS is that it feels uncomfortable. While some individuals may have diarrhea, others report constipation.

Many are the people who report IBS symptoms at some point in their lives. It is a gastrointestinal (GI) tract disease that affects more women, people older than 50 years, and those who have suffered from GI infections.

Diagnosing IBS is not easy since it tends to manifest itself differently in different people. 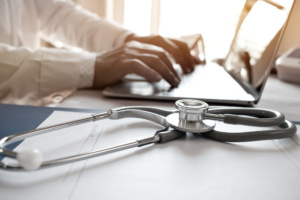 People who suffer from IBS report symptoms such as nausea, abdominal pain, bloating, dyspepsia, constipation, diarrhea, reflux, heartburn, and incontinence. If you have any of these symptoms on a recurrent basis, then you are likely to be suffering from IBS.

But the devastating effects of IBS do not end there. Patients may find their overall quality of life grossly affected by this condition. They may end up with stress, anxiety, and a general feeling of malaise.

People suffering from the former mainly complain of recurrent diarrhea while those with the latter condition complain of constipation.

What Are The Common Causes Of IBS?

According to a 2016 study, stress, anxiety or depression can trigger IBS symptoms in just about anyone.

But that is not the only trigger of IBS.

In medical terms, the real causes and mechanisms of IBS are yet to be discovered. There are quite a number of research studies being conducted to ascertain what exactly causes IBS. Existing theories have pointed a finger towards GI disorders, psychological stress, GI tract infections, and neurological issues.

An individual’s genetic predisposition has also been blamed for being a cause of IBS. The same goes for how many and what type of bacteria is present in the gut. The other probable cause which has been advanced as such is the leaky-gut syndrome. It involves unwanted matter passing into the bloodstream, thus triggering IBS. 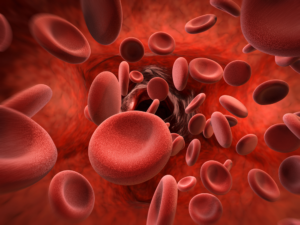 Clearly, it is not possible to place the blame on one specific cause of IBS, since all the factors discussed here seem to play a role. It is for this reason that having a different diet has been advanced as the best way to treat IBS.

What Is The Best Diet For IBS?

Like any other health issue, it is possible to treat IBS through medical intervention. However, with strict adherence to specialized diet, individuals can be able to avoid uncomfortable symptoms of IBS.

For most people, eating certain foods is what makes their IBS symptoms worse. It is, therefore, important that they learn to isolate the trigger foods for them to have less bloating, fewer cramps, and improved bowel movement regularity.

The following is a discussion of the best diet for IBS: 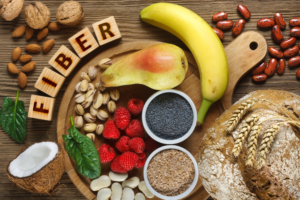 The work of fiber is to make the stool bulky thus helping improve bowel movement. On average, an adult needs to eat between 20 and 35 grams of fiber every day. But that’s not always possible.

According to the National Institute of Diabetes and Digestive and Kidney Diseases, most adults eat between 5 and 14 grams of fiber per day.

The best diet for IBS that will help supply fiber include vegetable, whole grains, legumes, and fruits. These foods do not just help prevent constipation, but they also supply you with most of the nutrients that your body requires to function properly. However, insoluble fiber has been blamed for leading to bloating and eventually diarrhea.

But that doesn’t mean it cannot help you fight constipation.

That is why it is advisable that you concentrate more on soluble fiber from selected foods. The best in this category include oatmeal, barley, carrots, parsnips, berries, grapefruits, mangos, oranges, and peas. 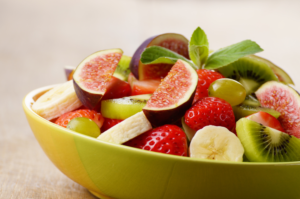 Increasing the quantity of fiber in the diet may not work for everyone. While those suffering from constipation may experience relief when the insoluble fiber is added to the diet, they may also end up complaining of increased bloating.

That’s why there is a lot of emphasis on increasing your intake of soluble fiber in lieu of the insoluble type. By nature, soluble fiber tends to dissolve in water rather than increase the bulk of the stool. In this category, the best diet for IBS should include oatmeal, carrots, berries, and apples.

Quite a number of people have a problem with the insoluble fiber in cabbage, broccoli, raisins, tomatoes, nuts, and grains. They might be advised to take anti-diarrheal medicines half an hour before having a meal. 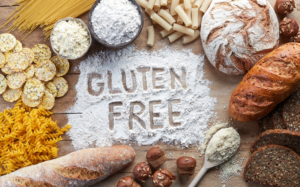 Grains such as wheat, barley, and rye contain a protein known as gluten. It is a form of insoluble fiber which may trigger certain symptoms of IBS. If you are gluten-intolerant, you are likely to exhibit some allergic symptoms after eating bread, pasta, and other related foods.

Gluten-intolerance also goes by the name celiac disease and can be manifested in terms of diarrhea, just like is the case with IBS.

As an autoimmune disorder, the celiac disease manifests itself when the affected individuals ingest foods with high gluten content.

The best way to canvass this is to adopt a gluten-free diet. Take action by eliminating wheat, rye, and barley from your diet. The best diet for IBS may mean getting rid of the pasta and bread, although there are some gluten-free versions on the market. 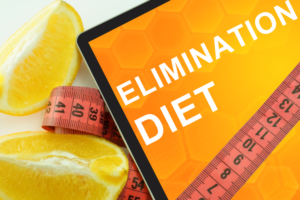 It is hard to know the exact cause of IBS in some individuals. That is why an elimination diet has been proposed as the best way to discover the foods that could be triggering diarrhea or constipation.

Focus on avoiding some foods for long periods of time to find out if the symptoms of IBS will improve.

Mark out nuts, insoluble fiber, chocolate, and coffee. Isolate these ones by one to discover which one you should permanently get rid of. If any of these comes out as a major suspect, eliminate it from your diet. With time, you will know exactly what the best diet for IBS is. 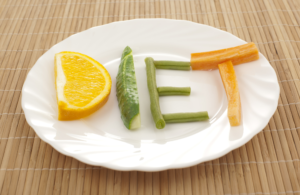 Foods that contain high fat, especially the fried variety of foods such as French fries are known causes of health issues like obesity.

However, if you have IBS, these foods can make your symptoms worse. If anything, frying has the effect of changing the food’s chemical composition. The digestive system usually finds such foods very hard to handle.

If anything, foods that have a high fat content also tend to contain very little fiber. That implies a more significant problem for individuals suffering from IBS.

If you have mixed IBS, it is advisable that you cut down on the amount of fat you eat. High fat can worsen both diarrhea and constipation. Apart from improving the uncomfortable symptoms of IBS, a low-fat diet is beneficial for the heart.

The best diet for IBS is eating fewer animal fats and fried foods. As alternatives, low-fat dairy, grains, vegetables, lean meats, and fruits should come in handy. As a substitute to frying, learn to prepare your foods through baking or grilling. You can never go wrong with that.

There are some carbohydrates which are very difficult for the intestines to digest. Instead, these foods ferment in the gut causing IBS symptoms. They increase the amount of water in the stomach and thus lead to gas, bloating, and diarrhea.

The low-FODMAP diet usually works very well when it comes to alleviating the symptoms of IBS. The best diet for IBS is restricting your FODMAP intake for up to eight weeks, and you will experience an improvement in IBS symptoms. 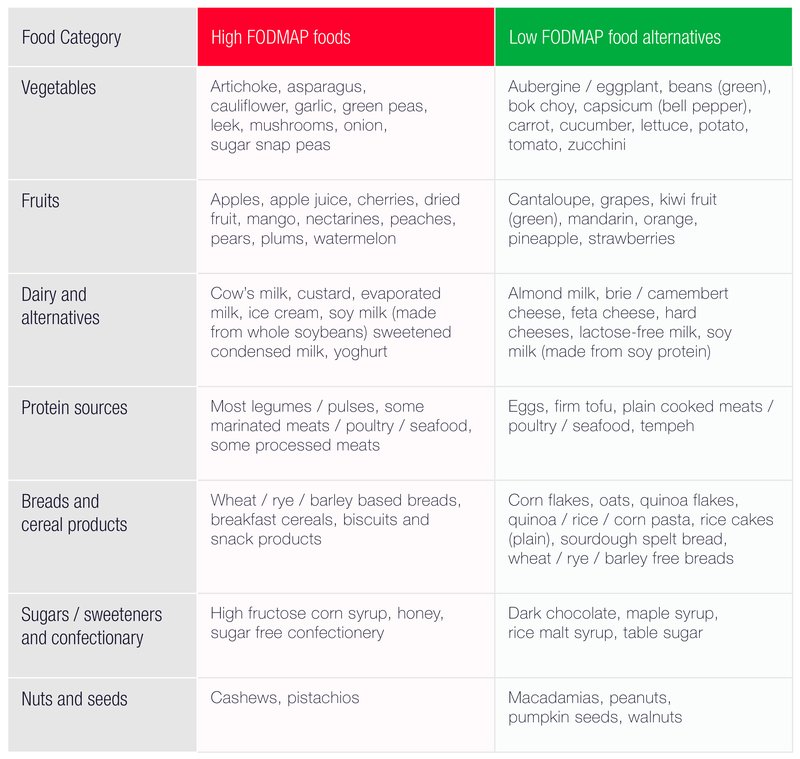 Take note of the fact that being a carbohydrate doesn’t mean it is a FODMAP. Make sure you eliminate only the foods that cause IBS symptoms.

However, there are other foods which you may still have to eliminate from your diet. So that you are sure of what the additional culprits are, ask a dietician to help you. You will find great relief simply by maintaining a healthy diet.

The term probiotics are used to mean the good bacteria found in the gut. The supplements can be taken in the form of capsules to help increases the number of good bacteria in the stomach.

Individuals suffering from IBS are highly likely to benefit when the probiotic count in the gut increases. The bacteria work by improving the gut environment and preventing gut permeability thus reducing inflammation.

You can also get all the probiotics you need from whole foods that have been fermented. Examples of foods to be included in the best diet for IBS are quark, kefir, yogurt, and sauerkraut, a form of pickled vegetables. 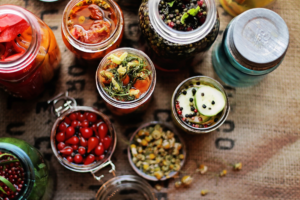 Due to the different ways that IBS manifests itself, it is essential that you get advice from the doctor before you adopt any diet. You have to track the symptoms you get due to eating certain foods. In addition to choosing a specific diet, exercise regularly, drink more water, and take less caffeine. With time, you will get an improvement in the symptoms of IBS. 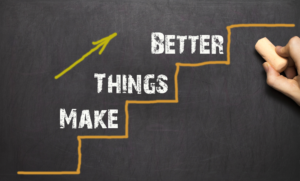 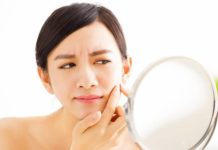 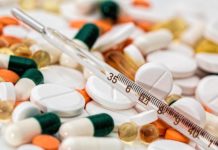 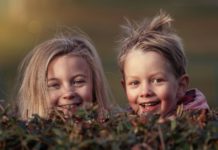 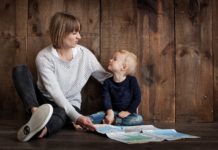 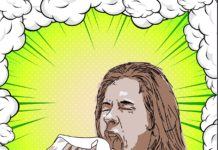